Discovery of ancient cave-dwelling mammals in the Jehol Biota in Northeast China: about 120 million years ago

Discovery of ancient cave-dwelling mammals in the Jehol Biota in Northeast China: about 120 million years ago

Nature: Chinese and foreign scientists reconstruct the genome map of the common ancestor of living mammals for the first time 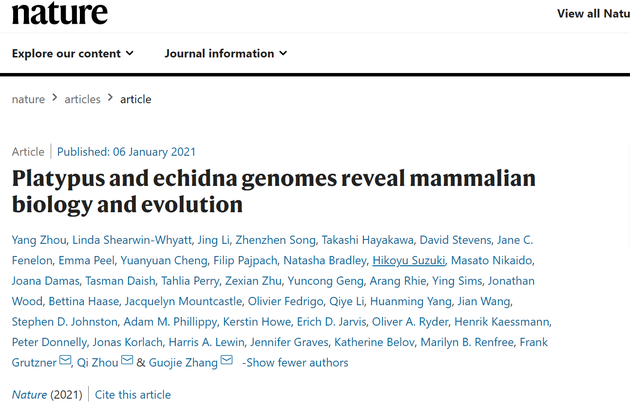 According to the introduction, this result is based on the research team Based on the high-quality genome data of mammals such as platypus and echidna, we compare the genome data of various animals such as humans, marsupials, birds, and reptiles, and finally trace the roots and obtain us about 180 million years ago. Genome evolution information of early mammalian ancestors. 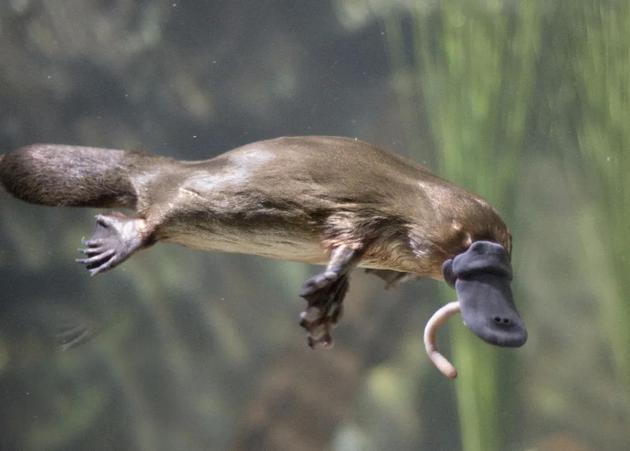 “The mammalian ancestor sequence we constructed this time provides important reference information for understanding how mammals, including humans, undergo radiological adaptation and evolution.” The first author of the paper, Dr. Zhou Yang, co-cultivated by the University of Copenhagen in Denmark and the Institute of Life Sciences, Shenzhen BGI, said, “Modern humans have 46 chromosomes, and the common ancestor of the platypus and us probably have 60 chromosomes. These chromosomes have passed Many mutations have formed today’s state.” 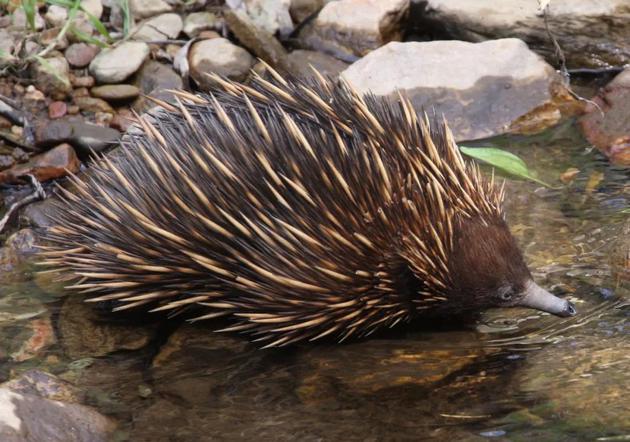 “Plubbers and echidna and other monoporous mammals are very ancient groups. They are sister groups in evolution with all other living mammals, and were established about 180 million years ago. Differentiated from other mammals. Their genome data can help us understand the common ancestor of mammals 180 million years ago and what changes have occurred in the evolution of different mammalian groups during these 180 million years.” Corresponding author of the paper One, said Professor Frank Gruzner of Australia. 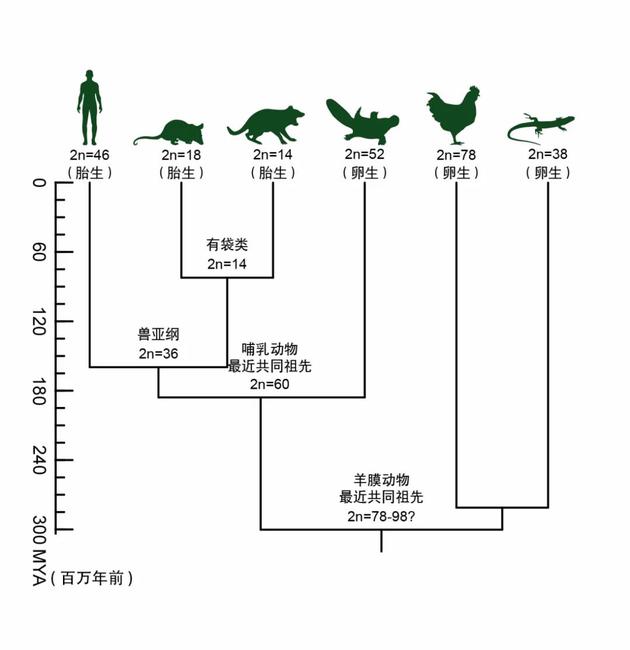 The study also revealed unexpectedly complex patterns in the evolution of mammalian sex chromosomes. “We all know that humans and most other mammals determine sex through two chromosomes X and Y. XY chromosomes determine males, and XX corresponds to females.” Another corresponding author of the paper, Zhejiang University Institute of Life Sciences Professor Zhou Qi said, “But our research shows that the sex chromosomes of monoporous species do not have any homology with the sex chromosomes of most mammals, including humans, but are closer to birds. In other words, we are Platypus evolved different sex chromosome systems independently in about tens of millions of years after their ancestors diverged.”

The assembly and characteristics of platypus sex chromosomes

“In fact, platypus has 5 pairs of sex chromosomes, which is 10 . And we only have one pair, that is, two.” Zhou Yang added, “Our research shows that the sex chromosomes of monopores may have undergone very complex evolution.” 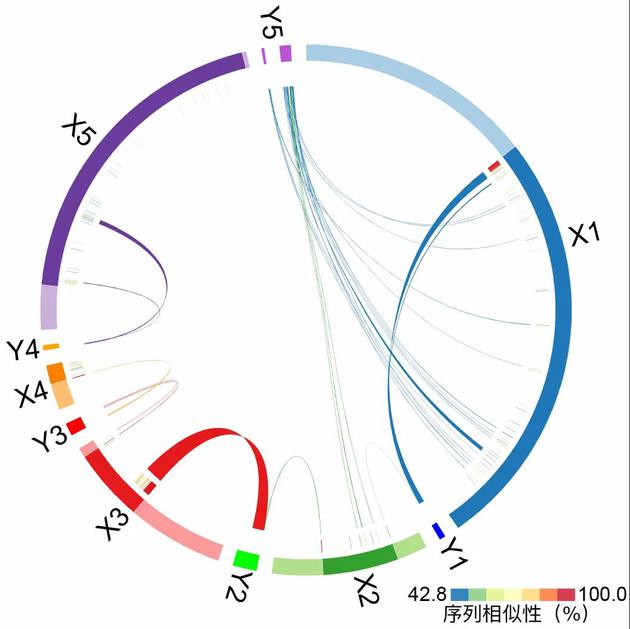 In addition, the study also revealed a series of special events that occurred during the evolution of platypus and echidna, such as the loss of some genes related to teeth. The molecular mechanism of these two animals was found after adulthood. The reason for the complete loss of teeth, and some remaining genes related to egg formation suggest that monopores are a clue to a small number of oviparous mammals. The study also found that the genes encoding the main protein components of mammalian milk already existed in the Monopora, indicating that the characteristics of lactation and milk have evolved in the recent common ancestor of all living mammals.

“Through the latest sequencing technology combined with molecular marker maps, we can obtain higher-quality chromosome-level genomic data. Through our established algorithm, we can systematically carry out comparative analysis and help us better understand species evolution. The molecular mechanism of the process.” The corresponding author of the study, Professor Zhang Guojie from the Shenzhen BGI Institute of Life Sciences, the Kunming Institute of Zoology, the Chinese Academy of Sciences, and the University of Copenhagen, Denmark, concluded, “This research not only reveals the fine chromosomal structure variation process. How to influence the early evolution of mammals, and at the same time answer the production mechanism of many special biological traits of many monotreme species, a special mammal group.”

With the continuous growth of life, cementum deposits like trees every year, highlighted by colored arrows in the picture. Morganucodon is based on the Bob Nicholls/Palaeocreations 2018 model.

On November 21, Beijing time, foreign media reported that a recent study of mammalian fossils found that a family of mammals with rare and strange characteristics migrated underground tens of millions of years ago, similar to living in a permanent And survived the mass extinction event 65 million years ago, which swept all the non-avian dinosaurs in the world at that time.