The opening concert of the 13th Golden Bell Award for Chinese music. (photos provided by the Organizing Committee of Chengdu International Music Season of “autumn in Chengdu”)

The music platform adjusts the rules, and the true strength of certain singers will be exposed

Chinanews client, Beijing, August 30 (Reporter Song Yusheng) The impact of the “Great Earthquake” in the entertainment industry on the music field is gradually showing.

How does original music develop? How do musicians get out of the circle? Insiders say so

“Sound in China” was awarded “Best Charity Album of the Year”

“Sound in China” won the “Best Charity Album of the Year”

Chinanews, January 11th, on the 10th, the 2020 “Tencent Entertainment White Paper” annual ceremony hosted by Tencent News was held. Regarding the overall situation and changes in the Chinese music industry, Liang Yunheng, general manager of the corporate development department of Tencent Music Entertainment Group (TME), said that currently nearly 70% of people are willing to pay for music. In 2020, nearly 700,000 new songs will be released, compared with the previous year. The number has more than tripled. 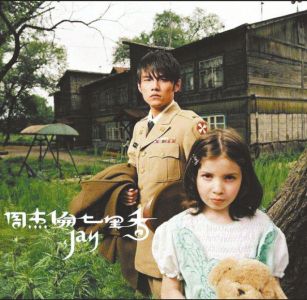 January 5th, back Ali and Xiami Music, which once stood at the top of the domestic music APP “Despise Chain”, announced that it will gradually shut down. One stone caused a thousand waves of waves, and many people both inside and outside the industry pointed the “culprit” to the dispute over copyright. Although there are many reasons, the “copyright issue” is indeed a long-term pain point of Xiami Music. “When you find that every song you want to listen to can’t be found in Xiami, you naturally don’t want to use it.” This is the voice of many users who have abandoned Xiami Music.

However, copyright issues have been protracted. From downloading pirated songs on the web to the full legalization of digital music, this is almost the core issue of the music platform represented by Tencent Music Entertainment and NetEase Cloud Music. The copyright holder gets the world”.

Once, listening to music was a very low-cost thing. Open any music website, search for the title of the song, and you can listen to it and download it.

In 2015, the National Copyright Administration issued the “Notice on Ordering Online Music Service Providers to Stop Unauthorized Dissemination of Musical Works.” This notice was called the “strongest copyright order” in the industry. Since then, the music industry chain has begun to “change the sky”, and major platforms have self-checked and checked themselves, and a large number of pirated songs without copyright have been removed from the shelves.

According to public data, at that time, including music platforms such as Baidu Music, Duomi Music, and Changba, more than 2.2 million unauthorized songs were removed from the shelves. As a result, Xiami Music removed many songs including Jay Chou and other top-tier songs, and users were greatly lost. It was also under the blow of this “strongest copyright order” that major digital music platforms began to build their own copyright libraries, and the copyright dispute that had lasted for many years began.

Before and after 2015, major record companies Sony, Warner and QQ Music reached an exclusive copyright agreement. In other words, if other music platforms want to put Sony and Warner’s songs on the market, they must first go through QQ Music. In 2016, Tencent Music Entertainment was established in a strong alliance. QQ Music, Kugou Music, and Kuwo Music have all become its subordinates, and the scope of its copyright acquisition and use has been further expanded. In 2017, Tencent Music Entertainment again won Universal among the three major record players. In addition, the copyrights of many leading record companies in the Mainland, Hong Kong and Taiwan, such as Emperor, Huayi, Fenghua, and Fu Mao, have also been acquired by Tencent. The famous singers involved include: Jacky Cheung, Lin Yilian, Eason Chan, Wang Leehom, Stefanie Sun, Jingru Leong, JJ Lin, Wu Yifan, Xiao Jingteng, Li Ronghao, Pan Weibo, etc.

At the same time, the copyright of the song of Jay Chou, the top Chinese singer, is also represented by Tencent Entertainment.

In 2018, the copyright of Jay Chou’s song on the NetEase cloud platform expired, and the resulting copyright dispute directly led to NetEase Cloud’s compensation of 850,000 yuan to Tencent. According to the latest information, Tencent Music Entertainment currently owns the copyright of 40 million tracks through the purchase of the copyright of the top record company and the merger with China Music Group, which can be said to be the leader.

In order to avoid vicious competition, in 2018, the National Copyright Administration interviewed a number of music platforms. After this coordination, Tencent Music Entertainment, NetEase Cloud Music, and Alibaba Music reached an agreement on mutual authorization, namely Can not grab exclusive music copyright, must be authorized to other music platforms for common use.

Although the contention has eased, the copyright contention for the 1% of the top songs is still fierce. Jay Chou, Lin Junjie, Mayday and other singers who have a large number of fans, their copyrights also directly affect the fans’ stay.

Copyrights have also had a “lying and win” era.

The vicious competition caused by copyright contention will inevitably lead to the direct reaping of the “fisherman’s profit” by copyright owners. The copyright owners who once fell to the bottom of their lives because of rampant piracy ushered in the peak of their careers. In order to avoid the loss of the user base, the music platform would rather buy it at an obvious premium than leave the copyright to the opponent. Take Jay Chou’s songs as an example. There are more than 800 songs in the song library. From 2015 to 2017, Tencent Entertainment’s copyright resale fees for NetEase Cloud Music were all around 8.7 million yuan, but after 2017, the copyright resale fees Up to more than 18 million yuan, nearly doubled.

According to industry data, the cost of many music copyrights has soared 50 times from 2013 to the present. It’s no wonder that while the audience “mourns” for Xiami, they can only sigh with emotion: Tencent has money!

In the later period, music platforms including Tencent Music Entertainment, Xiami Music, etc. also carried out many self-help plans, such as strong support for original musicians, direct participation in the production of music variety shows, etc., but still Tencent is the most wealthy, and they choose to invest directly in major record companies.

After several scrambles, the era of copyright owners’ “laying win” seems to have passed. But the “change” of copyrights on music platforms is still going on. After the Xiami incident, many fans also sighed like this: This is the world where the weak eats the strong. After Tencent has collected all the copyrights, everyone will not need to download multiple apps. Even so, it is worth thinking about that being a dominant player is not a good thing for any industry. If there is really only one music app, and a song will sell for 3 yuan or 30 yuan in the future, it is no longer a matter of competition.

Debut at the age of 78, she became a legend in global DJ history